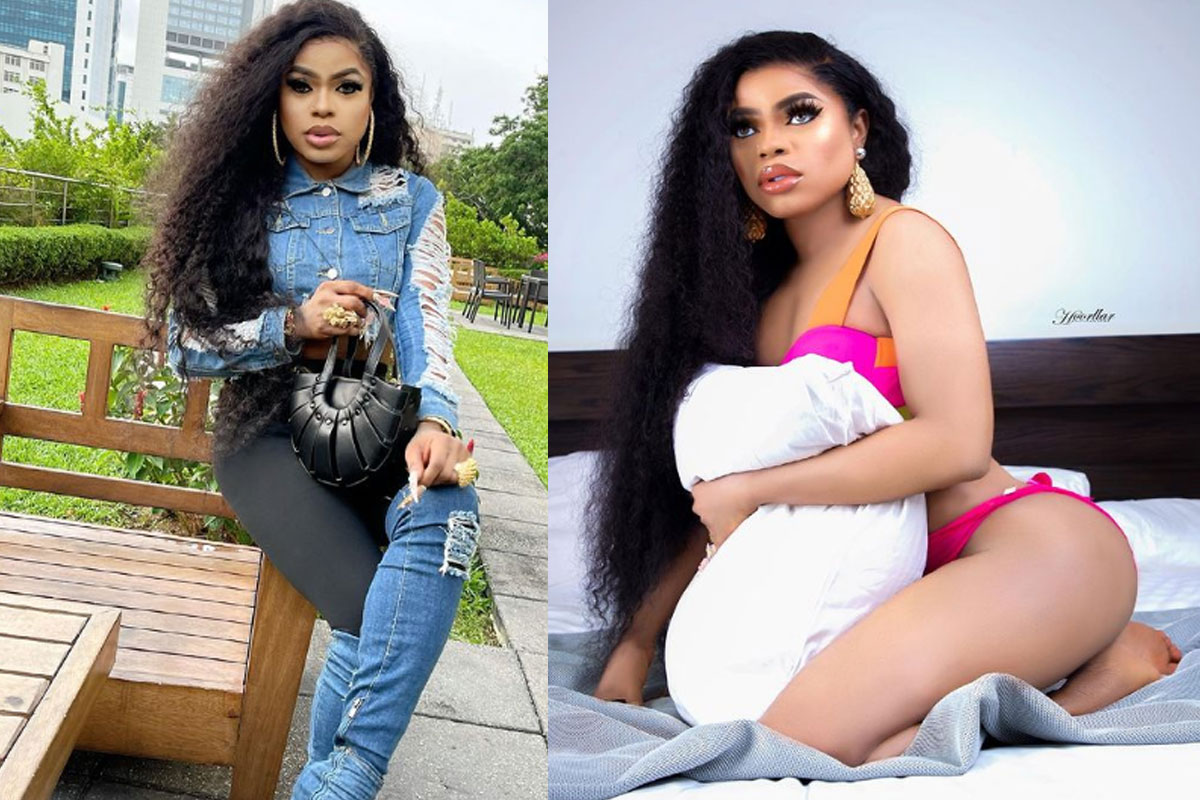 Popular Nigerian socialite and crossdresser, Idris Okuneye affectionately called Bobrisky has sparked mixed reactions after sharing a raunchy photo of himself on Snapchat.

Nigerians claim they saw his Bobrisky’s balls after zooming into the crossdresser’s photo captioned: “She doesn’t stand up from bed for anything less than 5million daily.”

Reacting to the photo, a Twitter user identified as @Babatunde wrote; No be balls I dey see so abi na eyes dey pain me this midnight

@Jamesg: “This year is full of recent discoveries, I hope it continues.”

@oluwabukola: “Sha no break am, those stuff are already weak.”

@maureen_samson: “The more you look the clearer it becomes ✪✪✪.”

This comes after Bobrisky complained about the persistent downpour of hate comments he gets on his Instagram.

According to Bobrisky, while he reckons that many people are filled with anger, poverty, and other unpleasant emotions, they should not bring their grievances on his Instagram page.

The outlandish socialite and Instagram celebrity asserted that not all mental health patients in the mental hospital are really mad and called on the examination of people who are on Instagram for their brains to be checked.