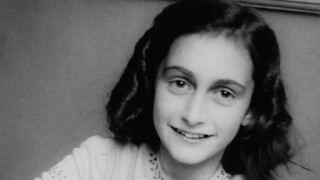 A retired FBI agent who teamed up with a Dutch documentarian to investigate who betrayed Anne Frank and her family to the Nazis believes he has cracked the case. Appearing on 60 Minutes, Vince Pankoke says he has determined that Amsterdam businessman Arnold van den Bergh revealed the teen diarist’s hiding place, leading to the family being hauled off to Auschwitz. Pankoke says Van den Bergh, like the Franks, was Jewish and apparently cooperated with the Nazis to spare his own family. Another surprise? He was accused of being the tipster soon after the war—in a letter sent to Anne’s father, Otto, which Pankoke was able to locate. “Not a smoking gun,” he said, “But it feels like a warm gun with the evidence of the bullet sitting nearby.” Van den Bergh died in 1950.